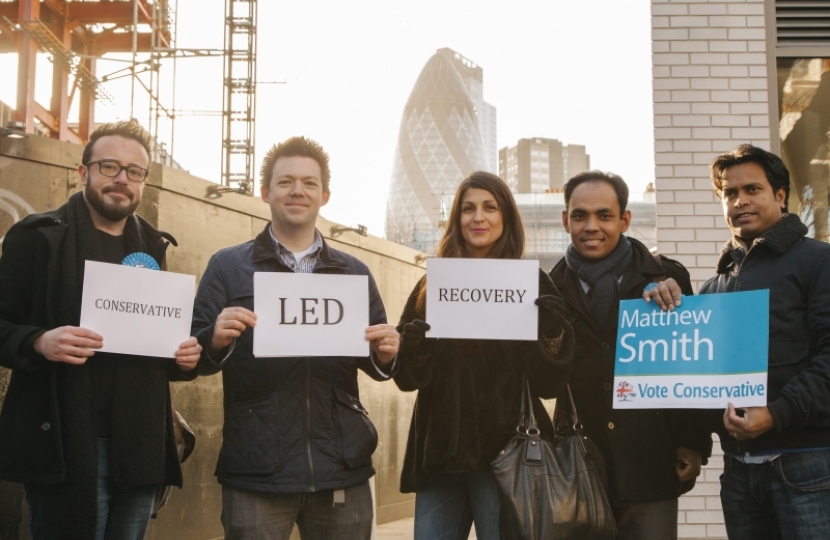 The 103 business people who signed the letter praised the decision to cut corporation tax to 20% next month and said a “change in course” would put the recovery “at risk”.

Labour has already said that it will put corporation tax up to 21% if it wins the General Election.

The letter published in the Daily Telegraph newspaper includes some executive who had previously supported Tony Blair’s Labour Party.

In particular, Peter Grauer, the Chairman of Bloomberg signed the letter, the corporation where Ed Miliband chose to unveil his business plans on Monday 30th.

Confederation of British Industry John Cridland said: “…demonizing flexible contracts is playing with the jobs that many firms and many workers value and need”.

The senior executives warned that a change in course on corporation tax as proposed by Ed Miliband’s Labour Party risked denting the economic recovery.

It states: “We run some of the leading businesses in the UK”.

“We believe this Conservative-led government has been good for business and has pursued policies which have supported investment and job creation”.

“David Cameron and George Osborne’s flagship policy of progressively lowering corporation tax to 20 per cent has been very important in showing the UK is open for business. It has been a key part of their economic plan”.

“We believe a change in course will threaten jobs and deter investment. This would send a negative message about Britain and put the recovery at risk”.

A YouGov survey quoted in the Times newspaper found that 21% of people who work for big companies thought Labour would be good for business while 51% thought it would be bad.

Matt Smith, Conservative PPC for Bethnal Green and Bow said: “With many residents of our constituency working for major businesses either directly or indirectly linked to the square mile, Canary Wharf and Tech City, the necessity of sticking to our long-term economic plan is more clear than ever. Britain’s recovery is firmly underway. Do not let Labour and the SNP put it at risk”.