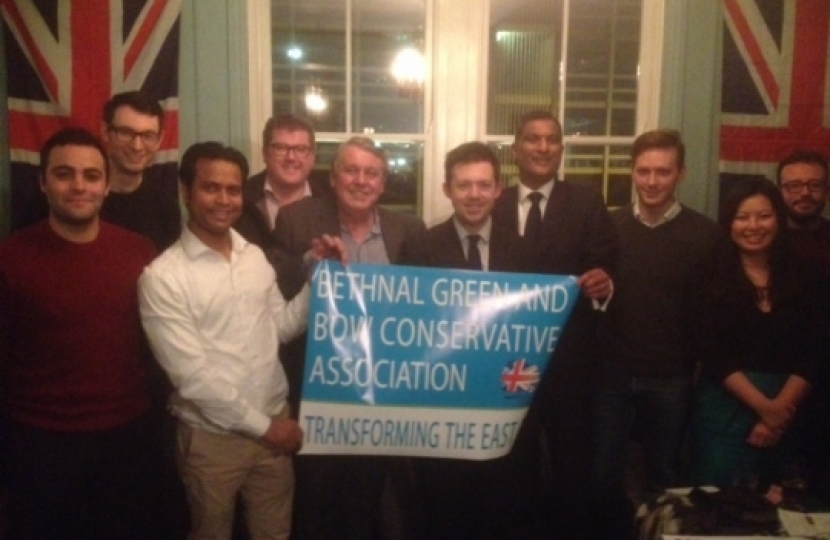 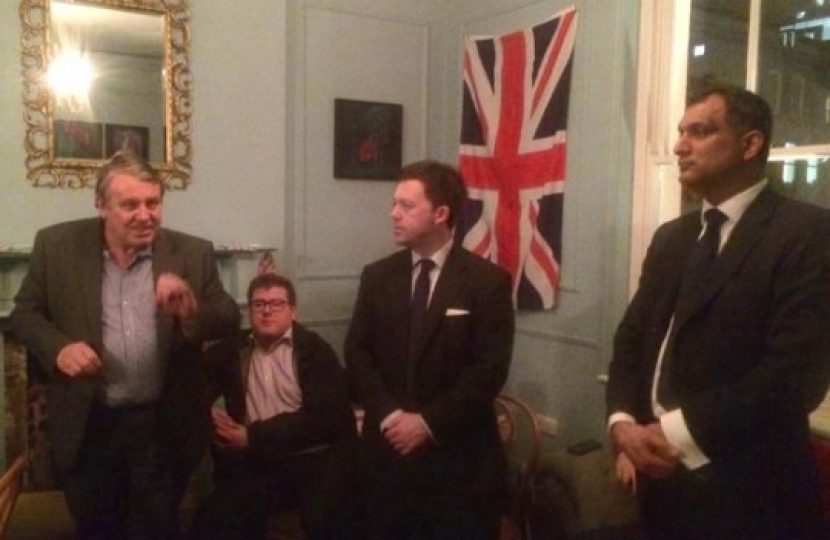 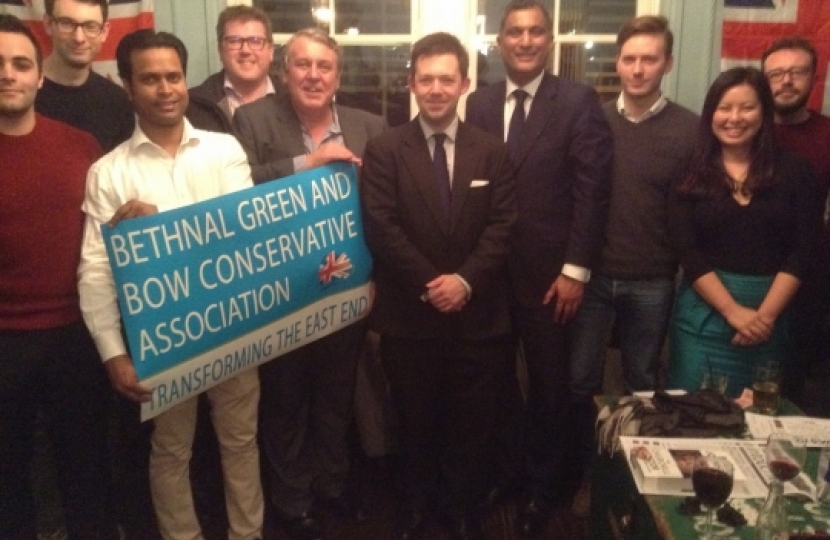 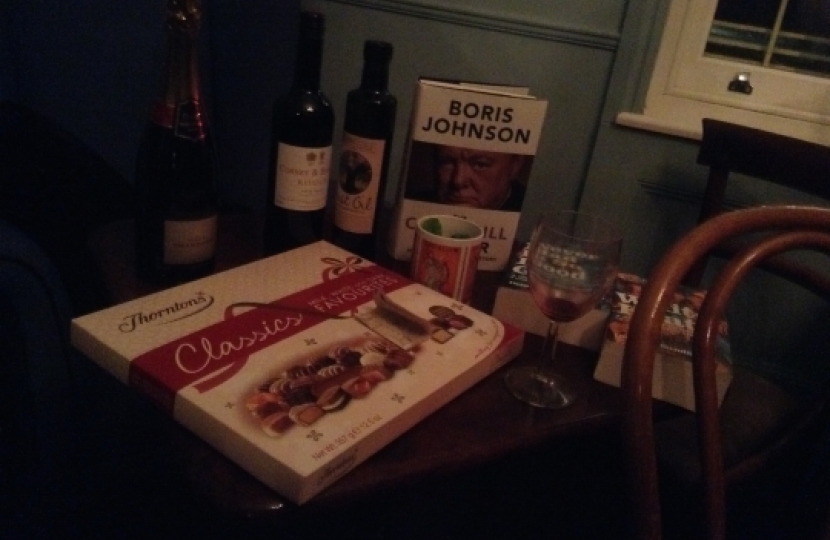 Dr Syed Kamall MEP, leader of the Conservatives in the European Parliament, gave a fantastic speech to members and friends of Bethnal Green and Bow Conservative Association, ending our political year on an up-beat note.

Syed was congratulated for running an excellent slate of candidates for the London region of the European Parliament which took place on 22 May 2014. We were especially grateful that Syed joined us in Bow on the eve of polling day.

Syed explained that Conservative Associations can have an impactful role in supporting civil society by harnessing the skills and efforts of their members to provide assistance to communities.

Successful past examples included jumble sales to raise funds for local causes and bake sales. Syed said that the Conservative Party can engage deeply with the fabric of communities through social action projects such as these.

Bethnal Green and Bow Conservative Association has recently organised a jobs and CV clinic and has also supported national deafblind charity Sense with a collection for their high street stores.

We were also delighted to congratulate Graham Postles on his successful term in office as Chair of the London Region of the Conservative Party.

Bethnal Green and Bow Conservative Association is hugely grateful for the Continued support of Syed Kamall MEP and wish him and the Conservatives in the European Parliament a very successful 2015.